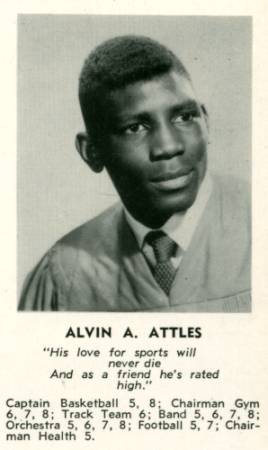 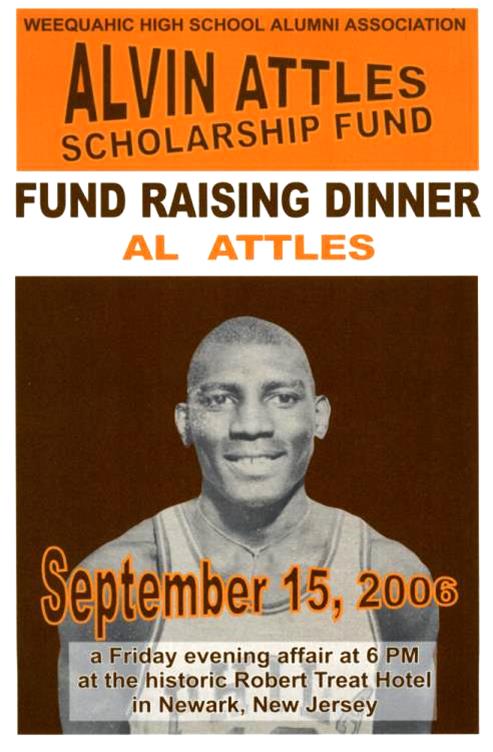 Al Attles is synonymous with the Golden State Warriors, and Friday night he will be immortalized here as a member of the basketball Hall Of Fame. Many people see only his accomplishments as a player, coach, and executive. All my life, my family and I have seen a Hall of Fame man. His wise counsel, his unwavering loyalty, his great sense of humor, his deep compassion for others.

“One half of one percent of people looking to play professional basketball will even get the opportunity to try out.”

I remember this mantra from the time I was five years old, when my father would caution kids at his numerous basketball camps to keep their heads in the books as opposed to betting it all on a professional career. Although I never quite understood the one-half-of-one-percent phrase, at five years old I understood that my father was a practical man.

“And Al Attles’ Golden State Warriors have just won the NBA championship!” The voice of the iconic Bill King rang out.

In our Oakland home, thousands of miles away from my father’s ultimate coaching triumph, I hugged my little sister, Ericka and did a happy dance with my mother. We couldn’t share this moment in person with my father, because the game was played in Washington, D.C, and in 1975, teams did not fly families and friends to road games.

The family has always felt that my father’s basketball contributions have been Hall of Fame worthy. But it has been his standing in our family that has always held the most meaning for us.

“Alvin, wake up! While you’re asleep, there is someone on the other side of the world trying to figure out a way to steal your ideas and take your money.”

I heard that message on more Saturday mornings than I can recall. I hated to hear it then, but I grew to understand, my father was extolling the value of hard work. My father is a true example of hard work, commitment and unwavering integrity. His career was built on maximizing his ability and working to become efficient in areas he wasn’t comfortable. It was the same at home. 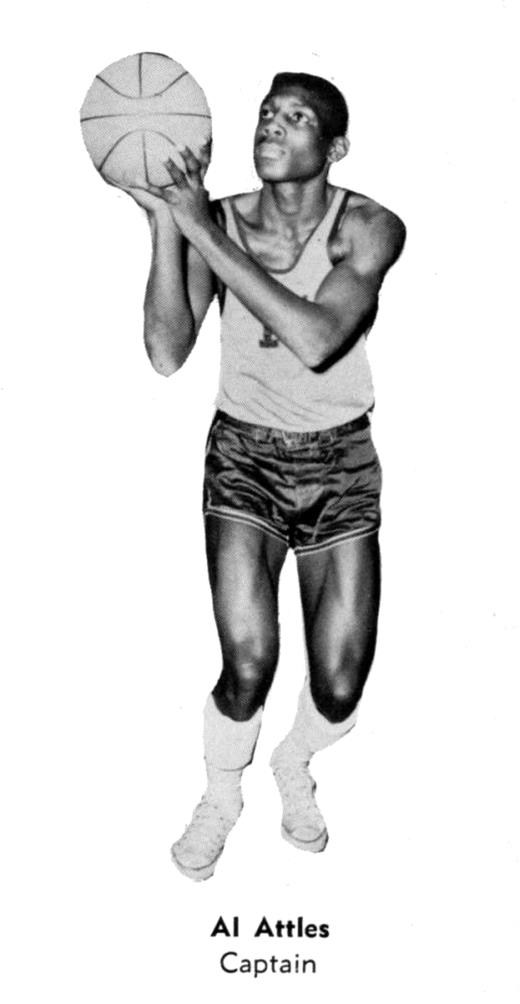 My mother, Wilhelmina, worked full time as a schoolteacher (almost forty years). She also did the cooking, the cleaning, paid the bills, helped with homework, carpooled us to our various activities and even taught me how to play basketball, as more and more of my father’s time was spent at work. One day, my mother came home from a full day to find my father napping. “What’s for dinner?” he asked.

Rather than voice her displeasure about her day in comparison to his relatively short day, she instead took her frustration out on the pots and pans in the kitchen. The racket she caused made my father get up to ask her what was wrong. My mom explained that her day was exhausting, and she was tired. My dad asked how he could help, and my mom suggested he help by giving her a break and cooking every now and then.

My dad agreed and the next day, he promptly burned a can of franks-and-beans for dinner. It wasn’t good, but my mom ate it like it was steak and lobster. Encouraged by her reaction, my father soon became the primary cook in our family. His steaks were tender, his gumbo was excellent, and his breakfasts were legendary.

He hadn’t known how to cook, just as he hadn’t known how to coach when Franklin Mieuli asked him to take charge of the Warriors. But he committed himself, learned and he became great. My father’s nickname was “The Destroyer,” because of his willingness to finish a fight. I’ve talked to the late Maurice Lucas, Lenny Wilkens, Oscar Robertson and countless other players from his era. To a man, they all said my father was not a man you wanted to cross.

His toughness stemmed from loyalty. As kids, my sister once told my dad about a boy who was messing with at her at school. My dad paid the boy a visit. I won’t detail the rest, because I am not sure if my father is still protected under the statute of limitations.

I remember attending an NBA all-star game one summer at The Forum. I was 10 years old or so and ran around playing tag in the locker room with my cousins Bernard and Kevin. An armed policeman spotted us running around and forcefully grabbed hold of me. My father was being interviewed some 20 feet away and saw the guard grab me. He rushed from his interview and was soon nose -to-nose with the policeman. “Don’t’ EVER touch my son. EVER! Do you understand me?” he barked at the trembling guard, who apologized and slunk away. My dad never looked for trouble, but he would fight for his family.

The boy bothering my aunt found that out the hard way. As did the policeman. And most famously, so did Mike Riordan of the Washington Bullets. In Game 4 of the 1975 Finals, Riordan walked up to Rick Barry and shoved the Warriors star. Riordan was looking to give his team a spark, or worse yet trying to get Barry thrown out of the game for retaliating. It never happened because The Destroyer rushed to Barry’s defense, leisure suit and all. Dad got ejected, not Barry, and the Warriors completed the sweep.

A little-known story is that after winning the championship in ‘75, my father was a hot coaching commodity. Several teams came looking to throw big money at him, hoping they would lure him away with more than Mr. Meuli could offer. My mother fielded many of the phone calls from other NBA teams’ executives, and watched the offers come in.  But my father never seriously entertained any of those offers. He believed he owed the franchise that believed so much in him.

The bigger picture to my father was always his family, and the Warriors had become his family. So instead of a substantial financial increase and a promise of more executive control in a new city, my dad settled for lifelong season tickets, a small salary bump and a familiar seat in his
office in the Oakland Coliseum.

“What are the similarities between money and potential? You can waste them both.”

In 1991, Oakland suffered a devastating Hills fire. I remember racing to my parents’ home under ashen clouds, sirens filling the air. I ran into the house and asked my mom what I should rescue from the house. My mom suggested I gather all of my father’s trophies and mementos, so I grabbed as many as I could and began rushing back and forth to the car. em>“Alvin,” my father yelled, stopping me in my tracks.” “Yeah, dad.” “Leave all that. Those trophies and basketballs don’t mean anything. Get the family photo albums.”

I ran and collected all the family photo albums and put them in my car. Our house didn’t burn; we were among the fortunate. But my dad’s priorities even in a potentially life-changing situation, left a deep impression on me.

“Everybody makes a mistake.” This is my father’s playful response when people ask how he feels about being inducted into the Hall of Fame. My father is as humble as they come. Although celebrities such as Wilt Chamberlain, Jesse Jackson, and Bill Cosby were friends of his, he never took on celebrity airs. I remember walking to the house one day to find Marvin Gaye sitting in our living room. Marvin Gaye! One would think, such brushes with greatness might change a person. But it never changed Al Attles.

“Work to make people respect you, even if you can’t do something for them.”

My father is now 83 years old. He walks a little crookedly, and he struggles with his memory sometimes. Although his role has greatly changed, we now happily assume the role of caregivers to the man who has given so much to so many.

Originally, we thought this piece was going to speak to his victories, his winning percentage, his accolades, and his achievements with the Warriors. But the more we thought about it, the more we knew we wanted to tell people about the things that make my father special to us. He is an awesome husband, a great father, a super uncle, the best Pop-Pop, and a one-of-a-kind friend.

Friday, the basketball Hall Of Fame will confirm what we’ve all known all along. I am excited to be in Springfield. I look forward to meeting so many idols from my youth. I greatly anticipate my father becoming immortalized. I can’t wait to see his Hall of Fame ring and Hall of Fame blazer. But I know once we return home, he’ll just put the ring and blazer somewhere in the back of his closet. “It’s just stuff,” he’ll say. And we’ll just smile, because that’s so him.

Editor’s Note: The WHS Alumni Association proudly congratulates one of Weequahic’s outstanding alums – who has “given back” by helping to raise funds for scholarships for the current students at the high school.