Jim Lambert, For The Star-Ledger

In a clash between crosstown Newark rivals that was fueled by civic pride, Weequahic’s stifling and opportunistic defense scored two second-half touchdowns to spark an 18-8 victory over Shabazz in a historic backyard battle in the NJSIAA North Jersey, Section 2, Group 1 final on Saturday at Kean University’s Alumni Stadium. 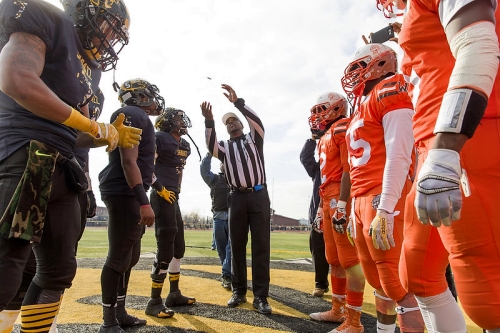 Leading 6-0 late in the third quarter, Weequahic scored two defensive TDs within 19 seconds. Senior defensive back Jahid Alexander returned an interception 34 yards to the end zone with 2:19 left in the third, and then Ali Beh scooped up an incomplete lateral and ran 10 yards for the score to put Weequahic ahead 18-0 with 2:02 left in the third.

Weequahic, which finished the season 12-0, came up with six turnovers in a game that marked the first-ever match-up between Newark schools in a sectional football final.

Tyler Phillips had two picks and Ihmir Marsette also had an interception for Weequahic. Phillips also proved pivotal in the field-position battle with two punts over 40 yards, including a 49-yarder in the first half. 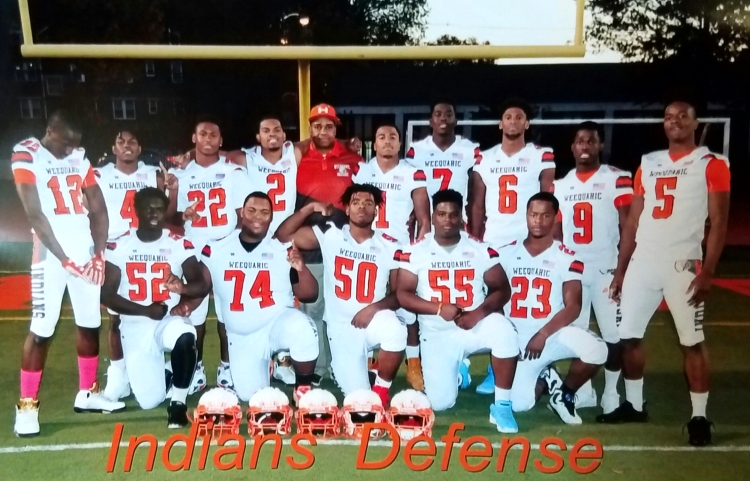 The victory for Weequahic, which also defeated Shabazz, 22-8, in the Thanksgiving Day Soul Bowl, is its first sectional title since defeating Raritan 6-0 in 2006, and was its fifth appearance ever in a sectional championship.

Shabazz, which also made its fifth appearance in a state final, was seeking to win its second title in three years, Shabazz defeated Dunellen, 14-6, in the 2014 North Jersey, Section 2, Group 1 title game.

Weequahic’s defense, which held Shabazz to 192 yards of total offense, was the difference is the game. In addition to four interceptions and two fumble recoveries, Weequahic also made a huge defensive stand early in the third quarter when the Indians denied Shabazz a TD on five plays inside the 10 yard-line.
On fourth-and-goal from the five-yard line, Shabazz QB Prince Olubakinde fumbled the shotgun snap and fell on the ball to give Weequahic the ball back on downs.

“Defense wins championships,’’ said sixth-year Weequahic coach Brian Logan, a running back for Weequahic in the early 1980s. “Jahid (Alexander) had a couple rough games for us, but he’s a big playmaker for us. He was due for a big game and came through for us today. His pick six really got us going and the rest of the defense played lights out for us like they’ve done all year.’’